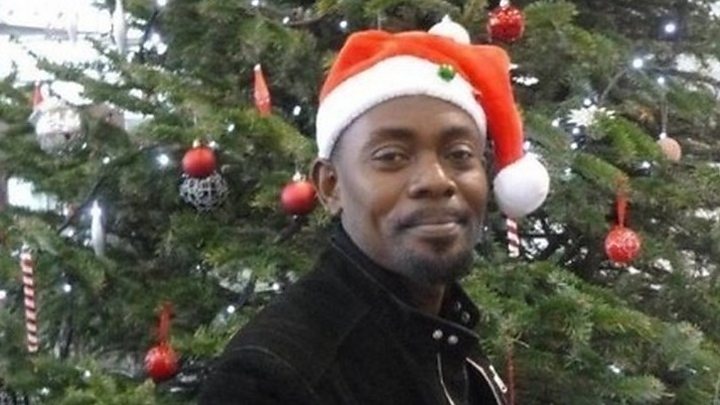 We glad a member of community Otis wins asylum fight

A charity worker who was threatened with deportation to the Democratic Republic of Congo has won his fight to stay in the UK.

Otis Bolamu had said his life would be in danger if he was forced to return to his home country.

He was detained in December 2018, but was released on appeal after thousands signed a petition to let him stay.

His lawyers, Duncan Lewis, confirmed he had been “finally granted asylum”.

In a message on Facebook Mr Bolamu thanked the people of Swansea, where he volunteers at an Oxfam charity bookshop.

“I just want to stop and say thank you for the power of people,” he said.

“People were so kind, campaigning for me to come out of detention. And when I came back, they did not stop.

“Still they helped me and supported me. They said we will not rest. We will not celebrate until he has refugee status. Now I have it. Now we can party.”

Mr Bolamu arrived in Swansea after friends in his homeland told him he was suspected of spying for the opposition and in “severe danger”.

He was arrested by UK authorities in December 2018, and was granted permission to remain in Swansea in January last year while his appeal was considered.

At the time he told BBC Wales he had been arrested in DR Congo because he had done “too much speaking about the politics”.

He said he feared that if he was deported he would be killed.

On Tuesday, his lawyers confirmed he had been granted asylum.

Hay, Brecon and Talgarth Sanctuary for Refugees, who started a petition to release Mr Bolamu, said they were “overjoyed” by the news.